I first discovered Sarah on IG. How I got to her page is unknown as I was down one of those social media rabbit holes that one finds themselves on around 11:30pm. I was mesmerized by her 2014 Series “Sex And Takeout”. It was unlike anything I had ever seen before and I knew that I would have to own a piece of her work. Cut to a random Tuesday a week or 2 ago I wake up to an insta story shared by Bahbah stating that she just released 500 print copied of a piece in her “Sex And Takeout” series. I have never bought anything so quickly in my life.

This is the piece she released:

I believe she still has copies left so snag your before they are sold out!

Also, check out her latest series “I Could Not Protect Her”. She goes deep into the relationship of intense emotions of insecurity and dependency. This was a super personal piece of hers and speaks to so many people. There are so many good articles letting you into her creative mind.

For those wondering where I am going to place this new art. It is going right over my bed in this super sleek floater frame! I have one of these frames in my living room and absolutely love it. 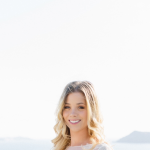 Texture and Tones is a Lifestyle blog that provides insight to all things design related with a little bit of travel and wellness mixed in.